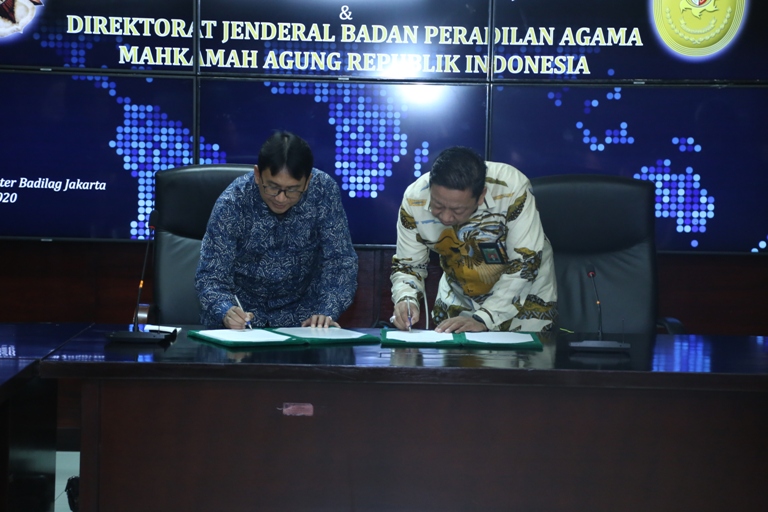 Wednesday, February 12, 2020, at the Badilag Command Center, The Director General of  Religious Courts, Drs. Dr.  Aco Nur, S.H., M.H.  with the Dean of the Faculty of Philosophy at Gadjah Mada University, Dr.  Arqom Kuswanjono signed a cooperation agreement about the Tri Dharma of Higher Education. This event was attended by the Chairman of the PTA Jakarta, the echelon II and III officials of the Directorate General of Religious Courts, the Chairmen of all PA in Jakarta and the prospective students of Doctor of Philosophy of Law.

Both parties understood and agreed that the cooperation agreement that was held was based on the desire to help and prosper each other, aimed at improving and supporting the Tridharma activities of higher education and improving the quality of human resources in religious courts. This agreement includes doctoral education activities, lecturer research, community service, seminars, and  workshops.  Cooperation activities stand for 5 (five) years from the signing and can be extended by the agreement of both parties.In the near future there will be a special class of Doctoral Philosophy of Law for the religious court officials, so far there have been 10 people who have registered to join this program. 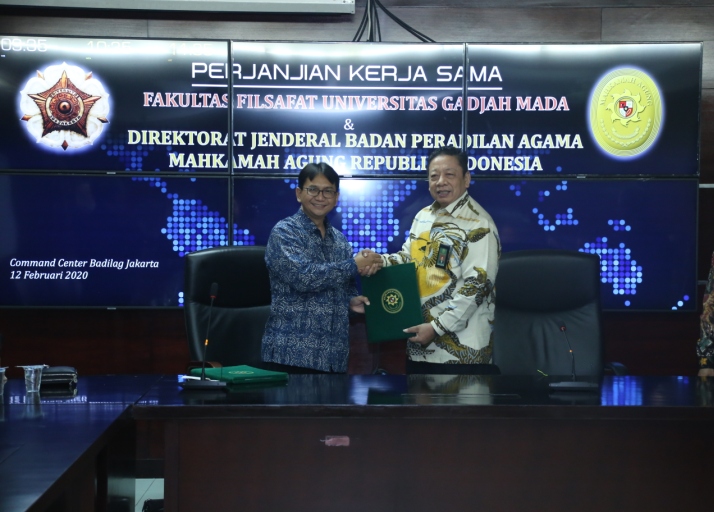 Meanwhile, after the signing of the cooperation agreement, The Director General gave an opportunity to the Dean of the Faculty of Philosophy of UGM to deliver a public lecture to  the participants.  In his speech, he emphasized the importance to equip themselves with science in facing the rapidly changing era.  Philosophy is a source of knowledge needed to analyze all the problems that happen, including in the world of law and justice.  (ak/ahb)