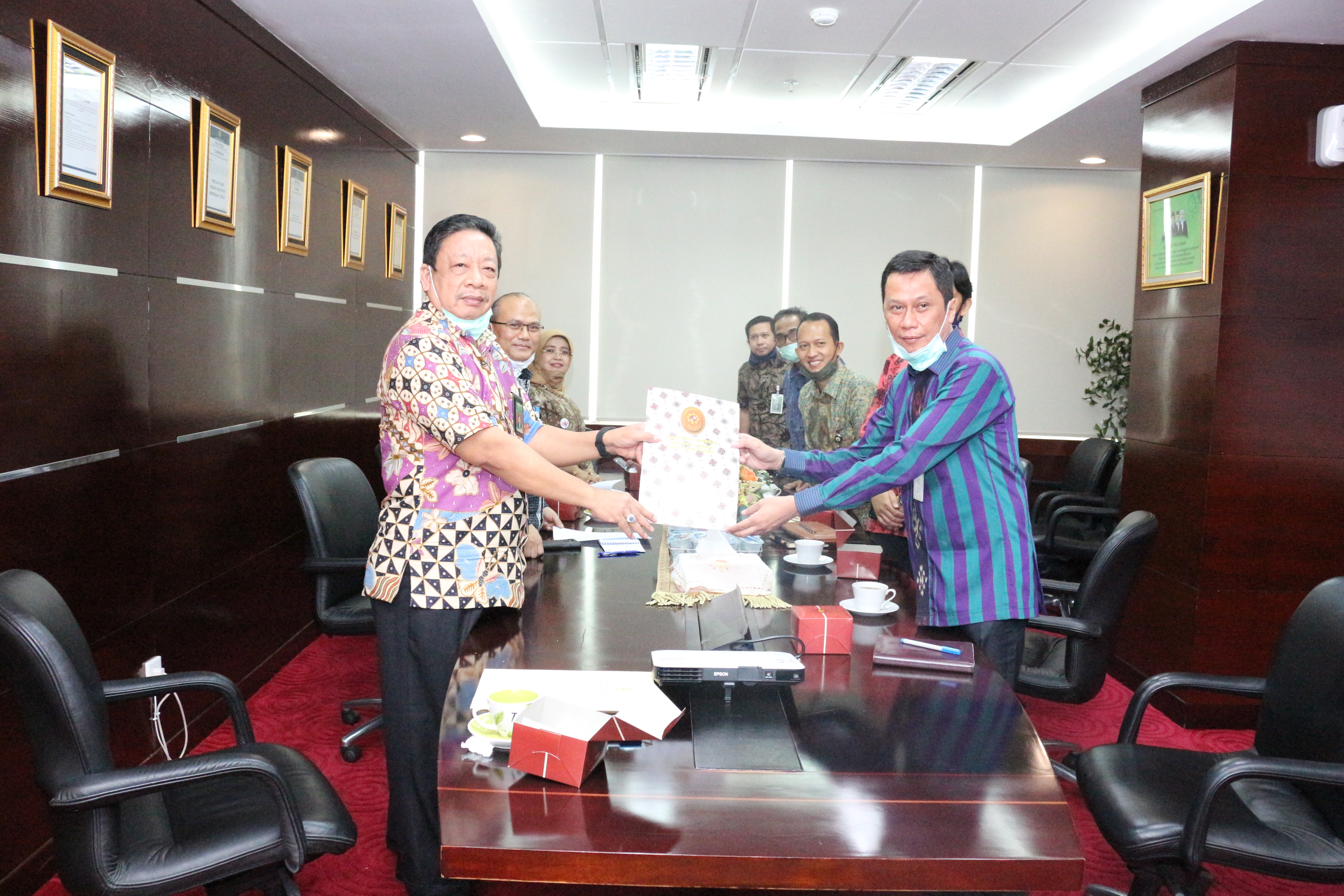 The Head of Recruitment, Advocacy and Judge Development Unit of Judicial Commission (KY), Arie Sudihar, together with the Head of Analysis and Chief of Recruitment Section for Supreme Court Judge had visited Directorate General of Religious Courts on Friday (June, 19th). The visit was aimed to follow up on the instruction from the Chairman of Supreme Court of Republic Indonesia, H.E. Mr. Syarifuddin, which was given to KY a week earlier. H.E. Mr Syarifuddin asked KY to have a coordination with Badilag on how to select the next supreme court judge.

“We are here to follow up on the instruction from His Excellency the Chief of Supreme Court. We were instructed to have a coordination with Directorate General of Religious Courts to recruit and map some potential judge candidates of Supreme Court. Beside, we beg for advice from Badilag about the ideal selection process of supreme court judges for the future.” Stated Arie Sudihar, explained about their visit.

Responding the visit, the Director General said there are several points that must be considered on how to recruit and map the judge candidates of Supreme Court. “Firstly, considering a judge’s capability on case settlement technic. Examination towards the judges’ verdicts is not enough to understand their thought. Yet, we need to observe comprehensively, a judge may decide differently on two similar cases. It is not an inconsistency. Since, each case has different legal reasoning. KY must learn more the court judgements from the judges nominated. The examination included the number of the verdict had been handled, the types of the case, the case that appealed, verdict that was corroborated and aborted at the appeal and cassation level and the reason why they were corroborated and aborted. Now, court judgement can be accessed through the Directory of Indonesia Supreme Court.” He explained.

Secondly, the observation towards potential judges must be done well in advance instead of just short before the recruitment. The candidates should have been being observed since they were in first instance court. “KY must begin observing the Chairs of the first instance court with grade 1A. Since the Chairs of first instance court with grade 1A are judges with proven judicial and managerial technical abilities. On the other hand, courts with grade 1A have high case complexity.” Mr Aco Nur continued his explanation.Thirdly, it is important to consider the judges’ ability to manage the case in order to achieve the case management standard. Poor case management in the past had caused the piling up of unsolved cases. So, people of justice seeker may feel wrong and do not trust the justice system. “Our challenge is now huge, seeing from the number and the complexity of cases. We have big number of cases submitted to the court. This is why the ability of case management of a judge is crucial.” Continued the Director. And the last, the insight and knowledge factors regarding the development of information technology in accordance with Supreme Court policy. “The Blueprint of Supreme Court had put the information technology as a pillar of the justice system reformation. There are many policies and regulations about case settlement that transformed and adapted to technological developments. Such as, electronic litigation (e-litigation), electronic evidentiary and electronic filing (e-filing). The transformation must be well understood.”

Arie Sudihar happily thanked for the valuable input from di Director General of Badilag, and he will report it to the leader meeting of KY. He also appreciated for the growth of case settlement in religious court, especially for one day minute and one day publish court judgement. He then asked for the data about regular evaluation from Directorate General of Badilag related to the settlement cases sourced from Sistem Informasi Penelusuran Perkara (SIPP), work unit evaluation and electronically control of verdict examination. The data will be considered to select and map prospective Supreme Court judge in the future.

Closing the visit, the Director General handed KY name list of prospective Supreme Court judges who have met the criteria of the act as requested. He then emphasized KY to keep the collaboration solid between Directorate General of religious court and KY in order to increase the judges’ capacity of religious court. The Director General expressed his willingness to provide the data needed by KY in this selection process.