The Retirement Ceremony of Chair of Yogyakarta Religious High Court 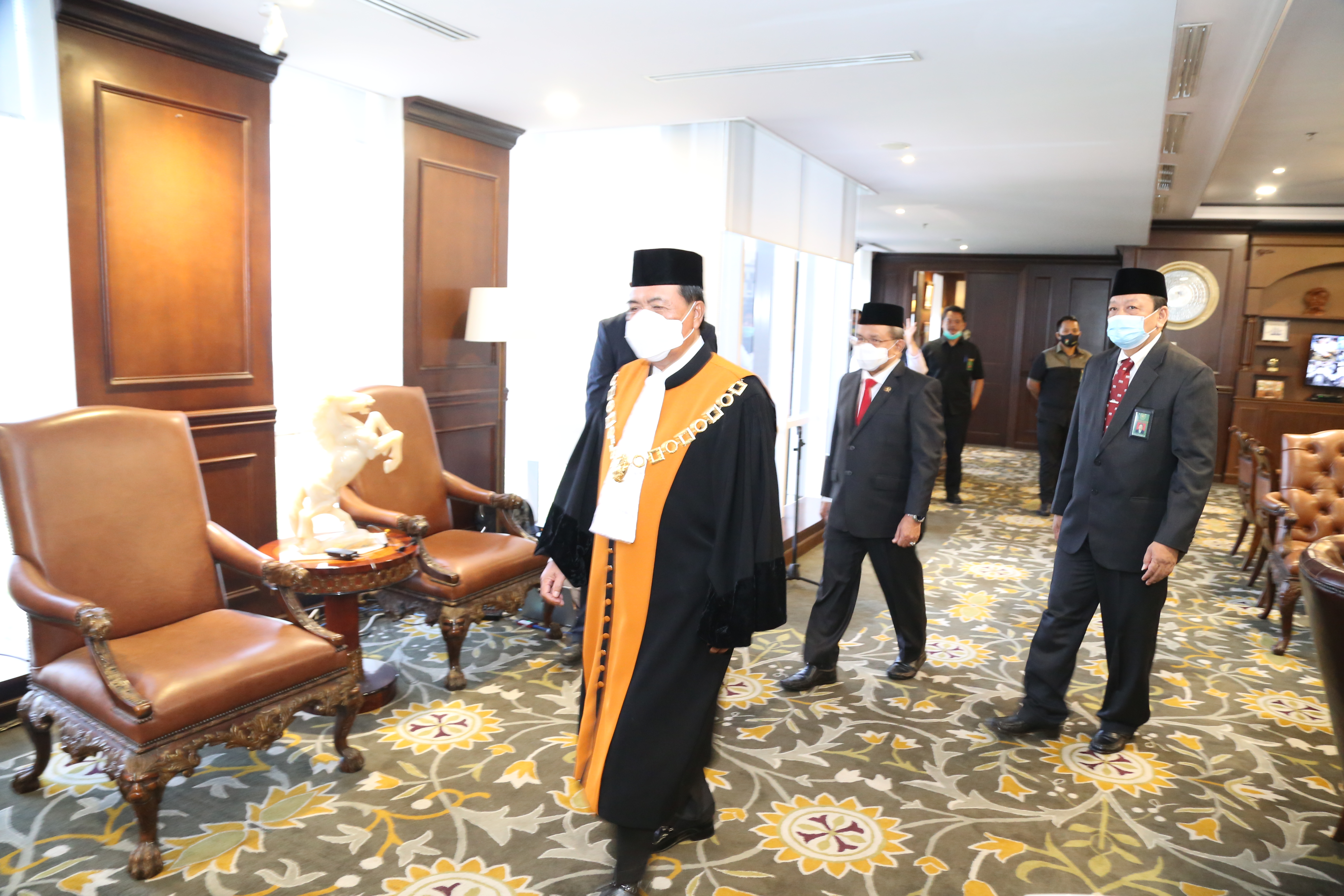 In his speech, Mr. Syarifuddin said that the Retirement Ceremony is a tradition that is always awaited by all of the officials before entering the pension period. This is not just a moment to end the term of service of an official. Other than that, this is the summit of completeness after carrying out the mandate as a judge.

The Retirement Ceremony said Mr. Syarifuddin is actually a procession of giving appreciation to a Chair of the appellate court after carrying out his duty as a voorpost of the Indonesia Supreme Court (Mahkamah Agung). “The role of a Chair of a religious high court is very strategic, especially in supervising and guiding the judges and all the apparatus of Indonesia Supreme Court within his duty area.” He said.

Further, Mr. Syarifuddin explained that the carrier journey of Mr. H.M. Said Munji as a judge was full of challenges. To be assigned in Central Jakarta and North Jakarta were not apart from temptation that may sway faith.

But he believed that the success of Mr. Said Munji as a judge and a chairperson in Central Jakarta and North Jakarta Religious Court cannot be separated from the submission with sincerity. “This is the true principle The Holy Qur’an has taught us in Surah At Taubah verse 105. It says ‘Tell them, O Prophet, do as you will. Your deeds will be observed by Allah, His Messenger, and the believers. And you will be returned to the Knower of the seen and unseen, then He will inform you of what you used to do.’

In the last of his speech, on behalf of himself and the institution, Mr. Syarifuddin thanked and gave the appreciation to Mr. H. M. Said Munji for his long time submission. “Thirty-six years was a long period of time in pursuing a career as a judge. From now on, Mr. Said Munji can enjoy his time together with his family. On behalf of myself and the institution of Indonesia Supreme Court, I say thanks and appreciation for the long time submission and the contribution for the development that has been achieved in every assignment.” He stated. (dh)