Post-Divorce Rights of Women and Children in Three Countries 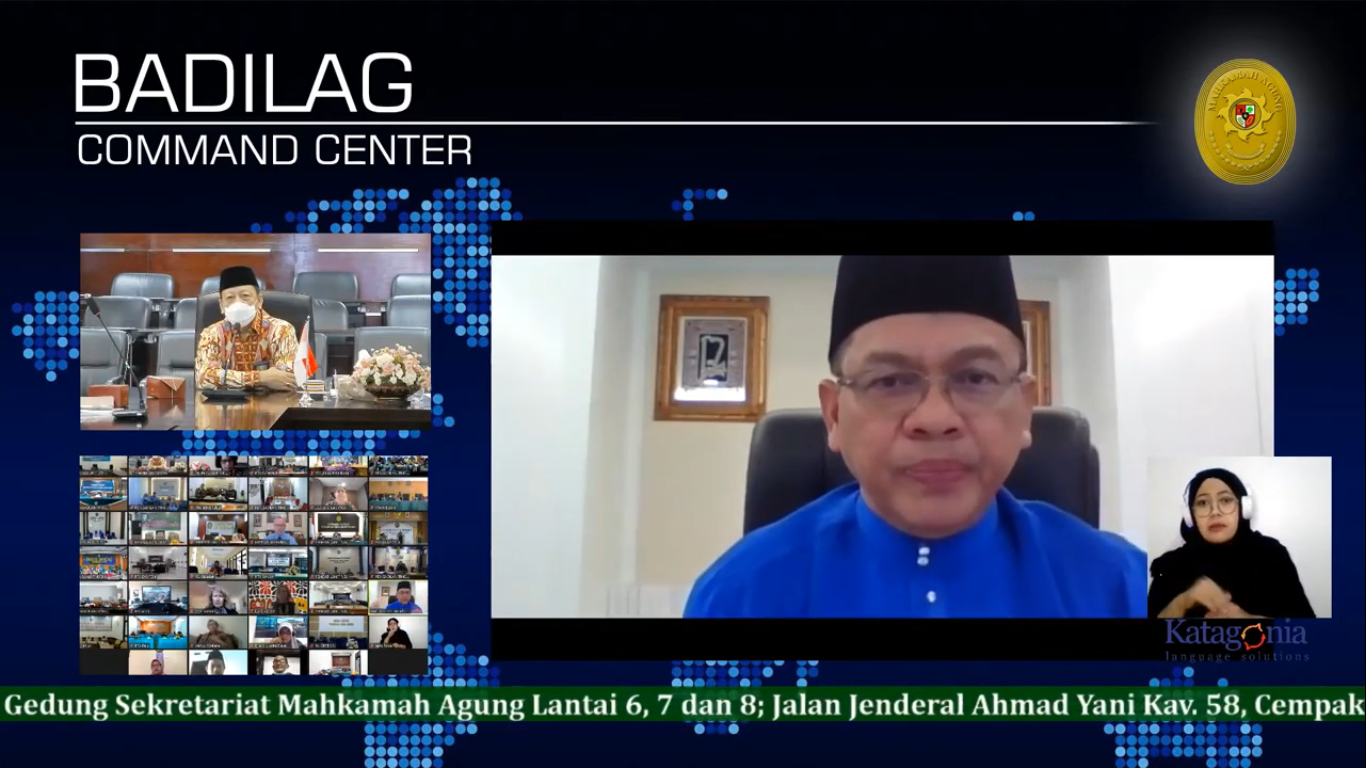 Jakarta, 02/10/2020. The Directorate General of Religious Court (Dirjen Badilag) together with Australia Government held an international dialogue with the theme “Developments and Challenges in Fulfilling the Rights of Women and Children in Various Countries.” The dialogue was presented to provide new knowledge about the importance of the role of the judge, as well as to exchange the experiences and the ideas between Indonesia, Malaysia and Australia.

The dialogue started at 08.00 WIB with a thousand participants from both general and religious courts. It was also assembled by public participants via Zoom. To provide broader access, the Directorate General of Religious Court (Ditjen Badilag) invited several competent speakers.

The Director of the Development of Technical Personnel of Badilag, Mr. Candra Boy Seroza, S.Ag., M.Ag, as the moderator opened the dialogue hospitably. He greeted the participants enthusiastically who were ready to grasp the lectures.

In his opening speech, the Director explained the result of the research in 2018 which was conducted by the Directorate General of Badilag and Australia Government together with Australia Indonesia Partnership for Justice 2 (AIPJ2), several research institutions and colleges towards 508.276 of religious court verdicts. Within 2018, about 447.417 divorce cases were registered to religious court throughout Indonesia. Which was 70% of them were registered by wives. It was found out that only 1% from the cases includes the wife’s living suit and less than 1% includes marital property claim. Meanwhile, only 2% of the cases includes child custody lawsuit and only 1% includes child’s living suit. Whereas, 95% from the divorce cases involve under 18 year old children. If the average of each family has two children, at least 850.000 children effected by the divorce per annum.

The Director concludes there are three possibilities cause this reality. Firstly, the women and children rights may have been fulfilled. Secondly, the disputants do not understand their rights and how to sue their rights. And thirdly, they have been pessimistic toward the court process and knowing the complex mechanism.

“The webinar is our endeavour implementing the Article of 28 B section 2 of Undang-Undang Dasar NKRI 1945. It is stated that every child has the right to live, grow and develop and has the right to protection from violation and discrimination. Our effort today represents all children throughout Indonesia to fight for their rights collectively to build the nation and the country at the future.” Stated the Director.

Leisha lister, the senior advisor of AIPJ2, provides the introduction and context to the dialog. Followed by Dato Dr. H. Mohd Na’im Bin Mokhtar, the Head of Hakim Syar’i/Ketua Pengarah Jabatan Kehakiman Syariah-Malaysia, shared the experiences that have been being implemented in Malaysia on how to fulfil the women and children right after divorce.

The government of Malaysia formed an institution namely Bagian Sokongan Keluarga (BSK). The institution was formed based on the urging of the civil society. They hope for the proactive and effective institution concerning for the people who disobey the court’s judgments. The existence of the institution is appreciated by the society as a smart and precise problem solving about the execution of court orders.

BSK officers are responsible to execute the orders of living payment issued by the court. They are charged to do foreclosure, debt transfer and coercion. “BSK also provides preliminary funding for child support service. It such a bailout which was given during the court process to guarantee the child’s living keep going.” Explained Dato Muhammad Naim.  From Child Support Agency of Australia, Bret Walker-Robert shared about child support institution in Australia. Bret started his explanation with the situation in Australian back in 1980. More than thirty years ago, at late of nineteen eighties, the government of Australia had been observing the growth of single parent family, poverty of women and children, the low number of parent without children custody, the low amount of child’s living decided by court and the low number of court judgement execution.

At that moment, the main problem Australia was around the high number of children effected by the divorce. The children became susceptible both in family and society. The worst condition is they are vulnerable of being abandoned, dropping out of school, getting involved or getting violence. Therefore, the government took the initiative to solve this issue.

There two scheme of the child’s living guarantee after divorce. Firstly, at June 1st 1988 the issuing of Child Support Act 1988 No. 3 which rules about the registration and collection of livelihood obligation by the government. The act is followed by Child Support (Assessment) Act 1989 No. 124 on October 1st 1989 that introduced a form about the methodology on how to calculate and rate the obligation of parent toward children support.

In this international dialogue, there were also responders to gain the point of view and input that related to the topic. There were Justice Margareth Cleary from Australia, Dra. Hj. Pelita Dewi, S.H., M.Hum from woman workgroup of Mahkamah Agung RI, Dr. Ifa Sudewi from Kemudahan Berusaha workgroup and Prahesti Pandanwangi, SH, Sp.N, LLM from Bappenas.

Prahesti Pandanwangi, as the Director of Law and Regulation of Bappenas gave her input and respond that support the existence of the government to strengthen the role of judiciary institution with the huge number of human resources. “We will remap and find out the best way to solve the issue.” She said.

The dialogue continued to the question and answer session from the webinar participants. A lot of questions were coming out from the participants show the great enthusiasm from various circles. The dialogue ended up at 11.15 WIB. The recorded broadcast is available at Badilag MA RI YouTube channel. (ahb/dh)