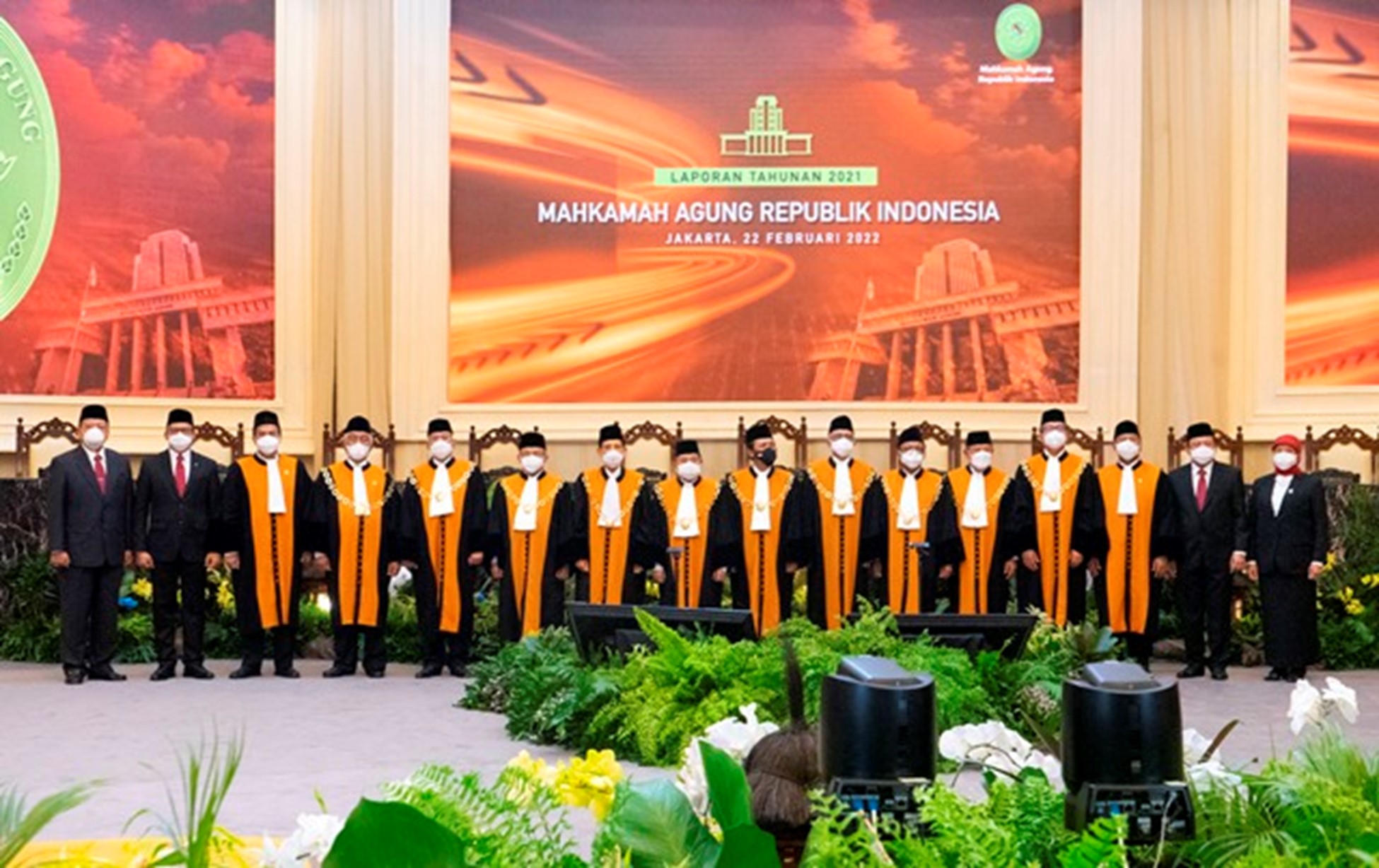 This year, the theme is "Acceleration of Modern Judiciary". This theme is a series of relays from the previous themes which expresses the determination, enthusiasm, and optimism of the entire apparatus of the Supreme Court and the judicial bodies under it to be able to move quickly, respond to and adapt to the dynamics of social and technological change that is happening today.

On this occasion, the Chief Justice explained the achievements of the Supreme Court and the judiciary under it to public. "It has become an obligation for the Supreme Court as a public institution, to convey all the performance achievements made during the period of one year, as a form of accountability to the public, as well as an evaluation for efforts to improve to a higher level," said the Chief Justice.

Just like last year, because it was still in a pandemic atmosphere, this event was held in a hybrid manner, online and offline. This event was attended by the President of the Republic of Indonesia, the Vice President of the Republic of Indonesia, Heads of State Institutions, Ministers, Ambassadors, editorial leaders, Chancellors and leaders of Universities, as well as other invitees virtually.

On that occasion, the Chief Justice said that the pandemic disaster had an impact on all areas of human life. However, in the midst of the difficulties we are currently facing, there are many things that we can learn from. "Pessimists see difficulty in every opportunity, while optimists see opportunity in every difficulty," said the Chief Justice, quoting Winston Churchill. This spirit, underlies the Supreme Court's stance in facing challenges during the current pandemic, taking opportunities from a challenge, to make fundamental changes.