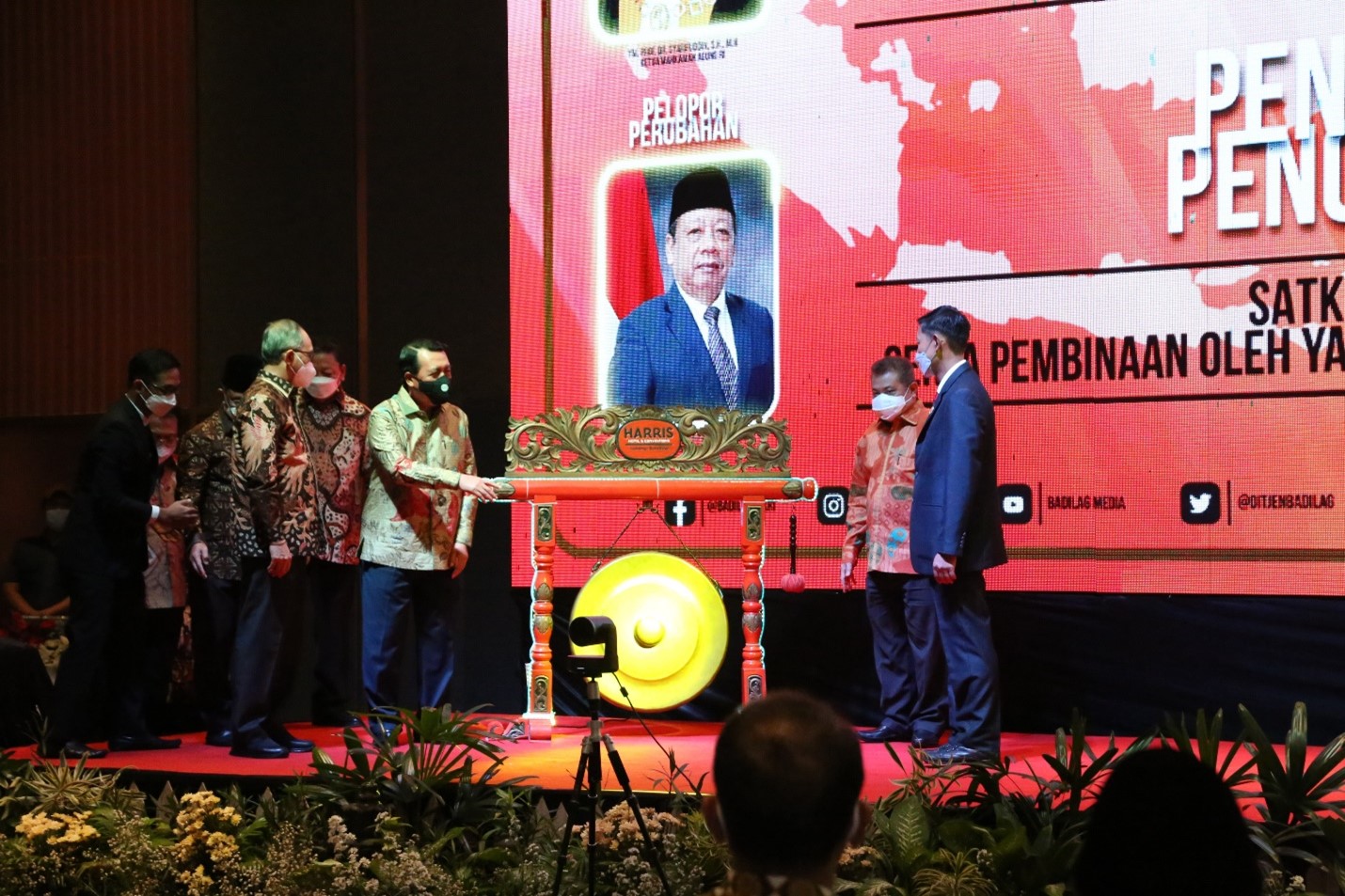 Located at the Haris Hotel, Surabaya, Directorate General of Religious Courts held a National Coordination Meeting (Rakor) from March 13 to March 15, 2022. His Excellency the Chief Justice of the Supreme Court, Prof. Dr. H. M. Syarifuddin, S.H., M.H. open this event directly. In his opening speech, he appreciates the achievements made by the religious courts and so that these achievements are have to be maintained.

During 2021, the religious courts won awards in the form of a Corruption-Free Area (WBK) and a Clean and Serving Bureaucratic Area (WBBM) from the the Ministry of State Apparatus Empowerment and Bureaucratic Reform. To date, 104 religious courts have received the WBK predicate and 6 work units have achieved the WBBM predicate, including Badilag which became the first echelon I unit under Supreme Court to achieve this predicate.

In addition to the above achievements, at the end of 2021 Badilag won the "Top Digital Award 4 Star" and "Top Leader on Digital Implementation" for the Director General Badilag from IT Works Magazine in collaboration with the Ministry of Communication and Information. This achievement inspired Badilag to take the theme of the 2022 National Coordination Meeting "Improving Technology-Based Performance Towards World Class Religious Court".

On this occasion, the Chief Justice also launched 2 Badilag innovation applications, namely the Religious Courts Technical Personnel Management Information System (SIMTEPA) and Access CCTV Online (ACO).
SIMTEPA application supports the SIKEP of the Supreme Court in meeting Badilag's needs for promotion and transfer policies. ACO application supports the realization of transparency, supervision, and monitoring of the performance of all work units within the religious courts. Specifically, ACO aplication obtains a MURI record for CCTV installations of more than 4000 points in all religious courts in Indonesia.

Director General of Badilag, Dr. Drs. H. Aco Nur, S.H., M.H., in his report cites a well-known saying "maintaining is more difficult than achieving". This adage must be a motivation for all work units within the religious courts to continue to improve their performance, he stressed.