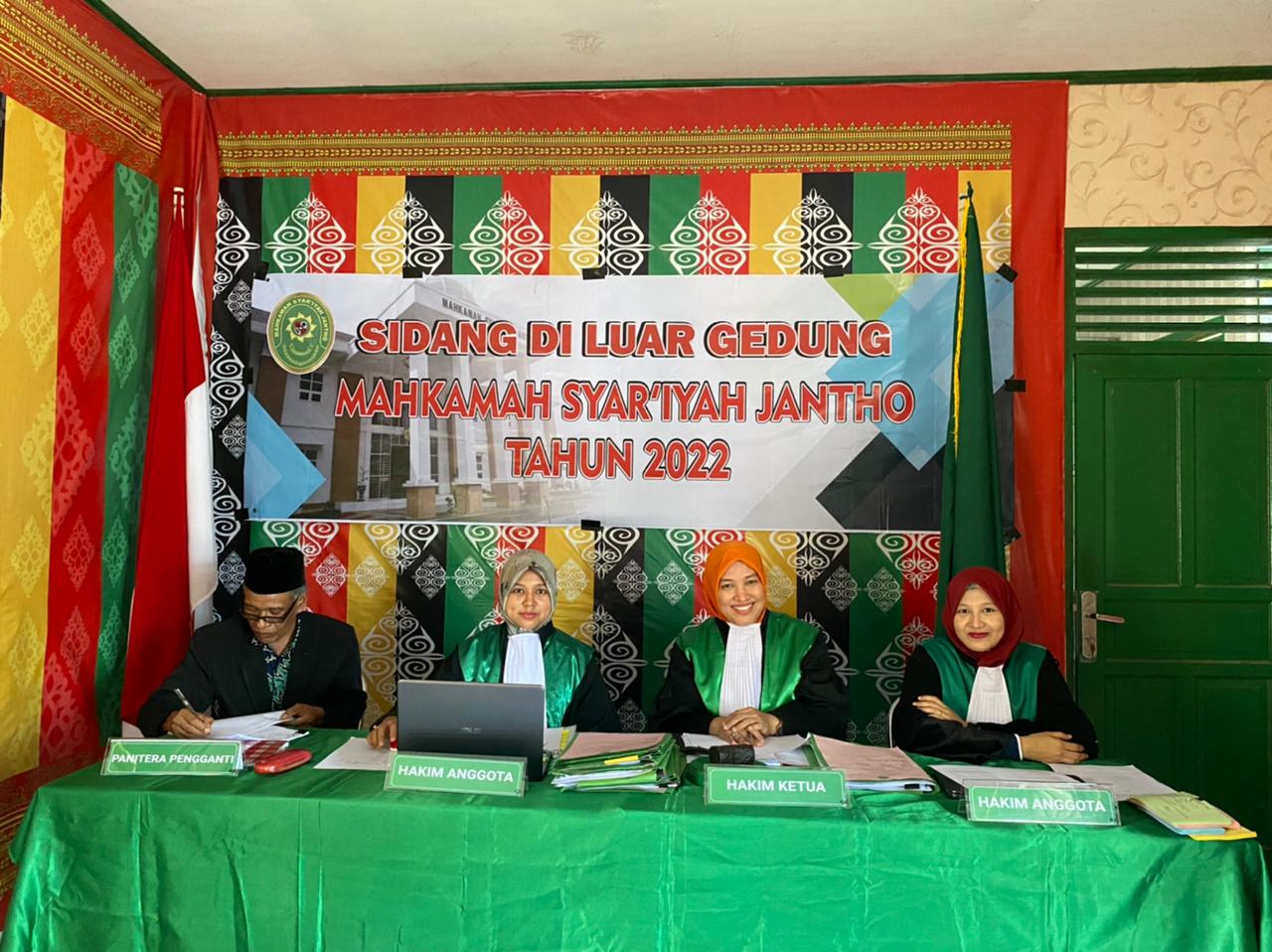 This time, the court had heard about ten cases dominated by divorce cases, and the rest were inheritance cases.

The court gave an advantage to the society considering people from Ingin Jaya District had to take about ten to sixty kilometers to reach the court building.

The Head of Jantho Sharia Court, Siti Salwa, explained that the trial court aimed to provide an excellent service to society. 'We have planned to hold more mobile trials this year than the previous year. We hope that we can help the society so that they feel the benefit,' she said.

She claimed that the mobile court they held could help justice seekers who experience barriers such as transportation, distance, and costs. So, they have a trial nearby they live. (dh)