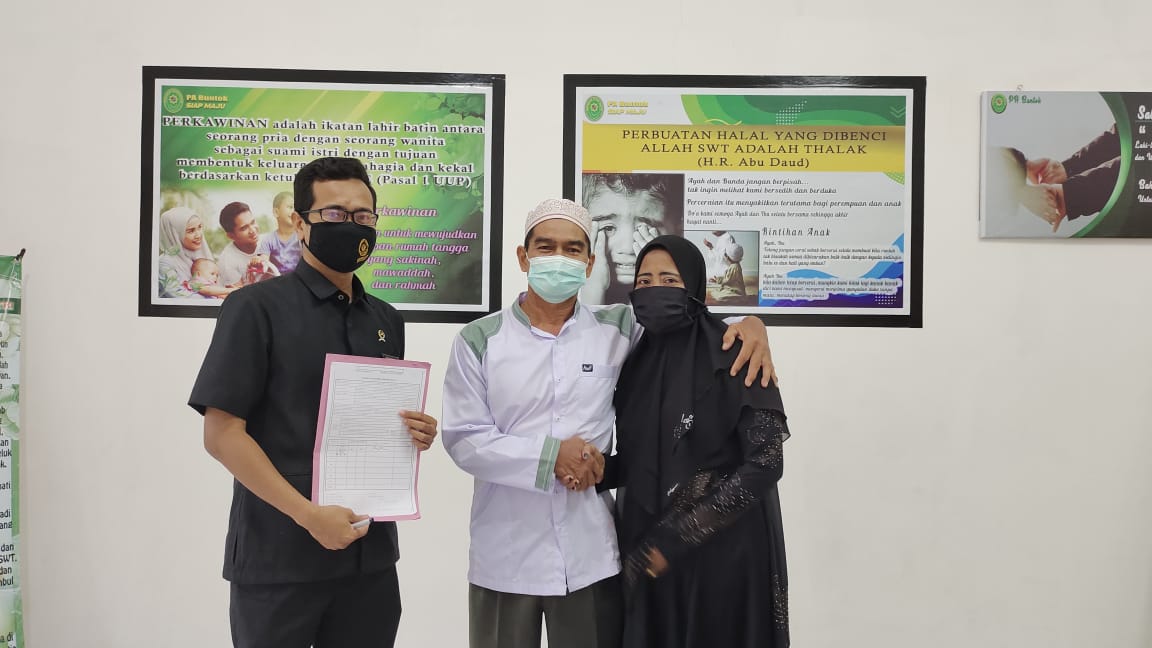 Buntok 09 May 2022. On ceremony morning Monday 9 May 202 Chief judge in Religious court of Buntok, Mustolich, S.H.I., M.H. gave appreciation to all employees in Religious Court of Buntok regarding the announcement of the results of the Performance Assessment of the Work Units in the Religious Courts Quarter 1 on April 28, 2022. "Alhamdulillah, our performance has increased, moreover, our ranking has increased quite significantly when compared to the previous quarter's performance," said Mustolich, S.H.I., M.H. For the Central Kalimantan region, Religious court of Buntok was ranked first in the Work Performance Assessment announced by Religious Judiciary.

Mediation in divorce cases is a challenging in itself because trying to soften a hard heart after fighting might takes months or even years, it is intricate, but increasing knowledge both physically and spiritually can produce satisfying results in 2022. In addition to divorce cases, the mediator of the Religious Courts of Buntok has also succeeded in resolving inheritance cases with an asset value of more than Rp. 1 billion, covering several lands and several houses, as well as several businesses that have been run by the heirs.

The following is a link regarding the results of the announcement of the performance appraisal of work units within the Religious Courts Quarter I 2022: https://badilag.mahkamahagung.go.id/pengumuman-elektronik/pengumuman-elektronik/value-akhir-penilaian-prestasi-kinerja-work-unit-in-the-court-religious-quarter-i-year-2022-28-4